The 2022 State of Ransomware Report

Sophos has released its 2022 ransomware report based on real-world IT professionals’ experiences last year, across mid-sized organizations in 31 different countries. The study concluded that the number of attacks is up, with increasing complexity and impact. About 2/3 of organizations involved in this study indicated that they were hit by ransomware in 2021, which represents an increase of 78% over the previous year. Ransomware works by encrypting a company’s data so they cannot access it until they pay the ransom. The success rate of these attacks increased to 65% of organizations having the data encrypted as a direct consequence of the attacks, from 54% in the previous year. Lastly, 4% of the victims experienced an extortion-only attack where data was not encrypted but there was a threat to expose the data publicly. 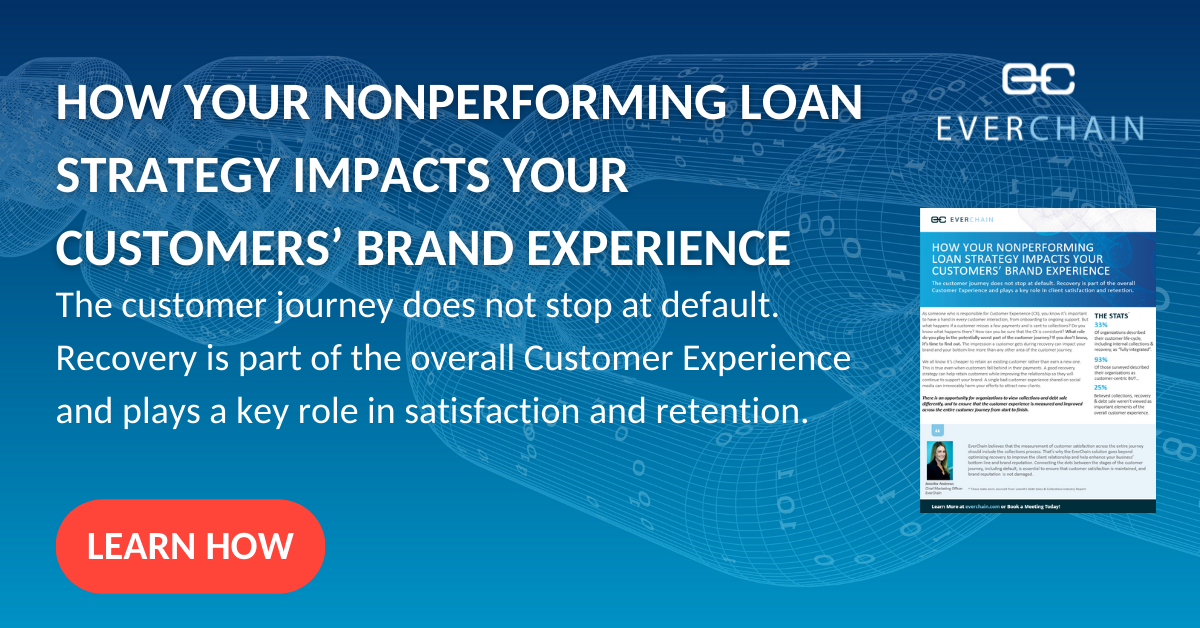 Customer Experience is Impacted by Collections

The customer journey does not stop at default. Recovery is part of the overall Customer Experience and plays a key role in client satisfaction and retention.

On February 4, 2022, Alumni Spotlight announced the Top 100 Marketing Executives of 2022 and EverChain is excited to share that our Chief Marketing Officer, Jennifer Andrews was named #70.